The club has two committees. The main committee meets roughly every 6-8 weeks and ensures the club is meeting the needs of its membership. The race committee takes the lead on running GCR’s main events and decides whether the club will subsidise entries into particular races or events. Visit our Contact page to get in touch. 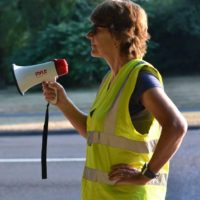 Jane joined the club in January 2013 having secured a place in the London Marathon and realising it might need more than a couple of miles running round the block to prepare. She helps out with leading beginners-plus groups and is one of the GCR newsletter editors. Her favourite race distance is 10 miles and her specific favourite race is the Tissington Trail half marathon, with its gentle downhill incline from start to finish! 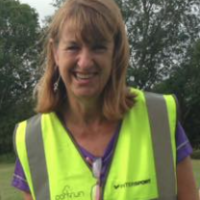 Louise is a late comer to running, only starting when she ran the London Marathon to raise money for charity on her 50th birthday. She is now a convert to the social and health benefits of running and is a parkrun ambassador for the area and a Run Leader with GCR. Louise’s favourite running distance is a 5-6 mile GCR training run in the countryside with good company and her best loved race has to be Panshanger parkrun in Hertford on a sunny and windy morning. The person that Louise would most like to run with would be Eddie Izzard, because she says ‘what a legend, about my running pace, he would keep me laughing and we can compare nail colours’. 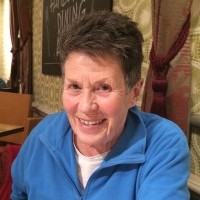 Sue’s favourite distance was 10 miles but her knees don’t allow that now! She feels lucky to do 5k. Her most loved race was the Marathon du Medoc – where else would you have wine stops every kilometre and oysters at 40k? Sue doesn’t have a favourite running partner as she has always preferred to race alone (ok Sue, we get the hint). 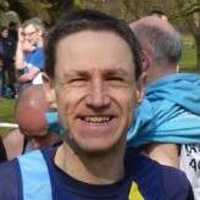 Sean loves all distances, from a mile time trial to a marathon. He’s particularly fond of the Round Norfolk Relay (who isn’t!). His favourite running partner is Barry Osbourne who used to run for us but has since defected to Fairland Valley Spartans.

He represents GCR at the quarterly meetings of the Herts AAA Road Running Subcommittee, and at the AGMs of the Midweek League and Sunday Cross Country League. 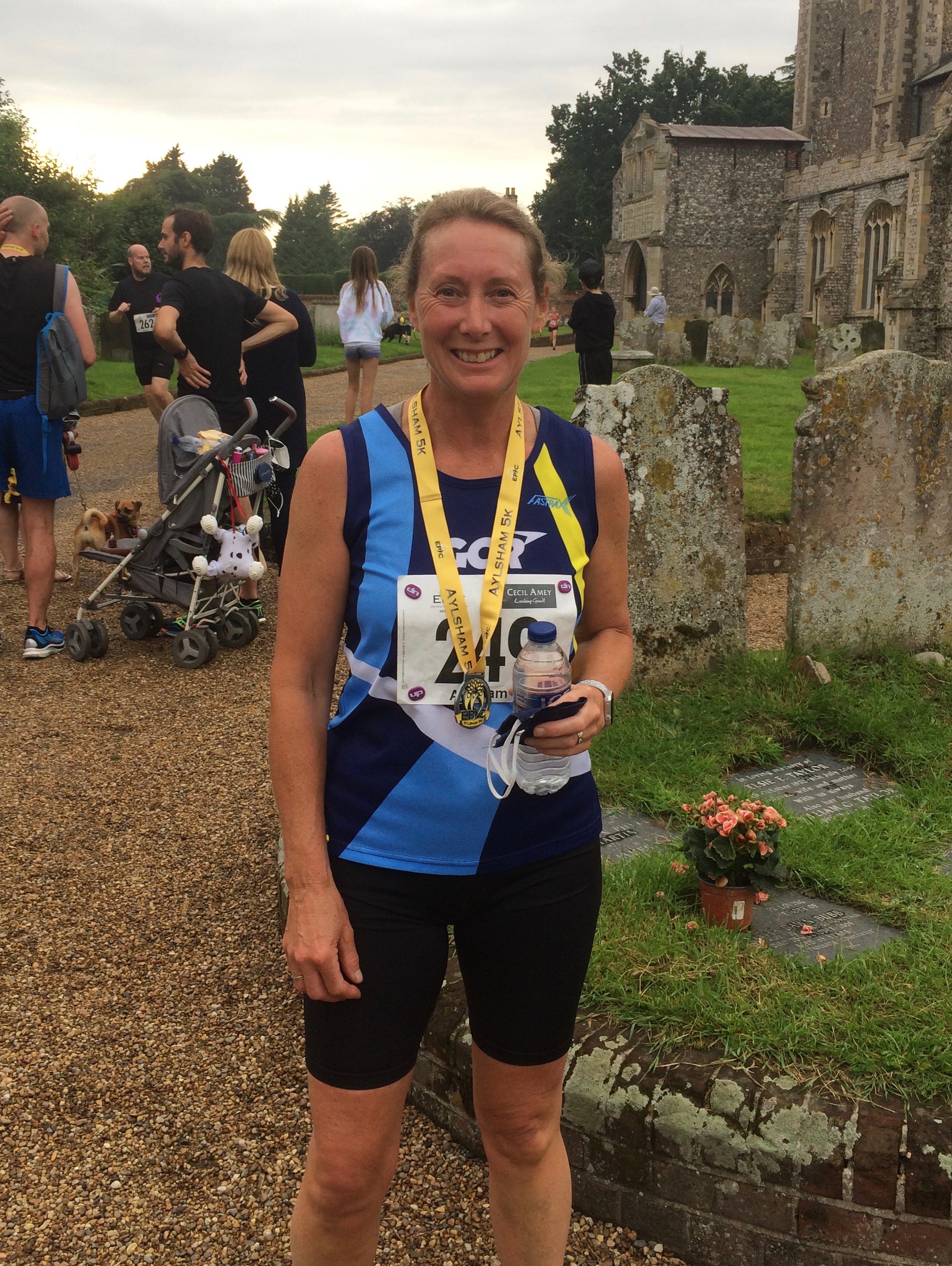 Helen joined GCR in November 2018.   She was new to WGC and wanted to run with others, particularly on dark evenings.
Helen enjoys running any distance as long as it’s sociable, so she loves it when she can have a good chat whilst running.
She co-ordinates the rota for the group run leaders making sure there is a leader for each group each week. 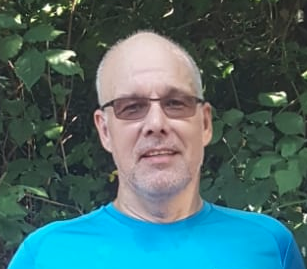 Tony joined the club in November 2016 with his son who was embarking on his Gold Duke Of Edinburgh award. He regularly leads and encourages the Improvers group. His favourite run race distance is 8km. He also cycles, orienteers and participates at Be Military Fit because exercise is good for the mind. “I am a firm believer in taking part rather than the results (which is fortunate given my results) and that all sports statistics should be in km/metric.” 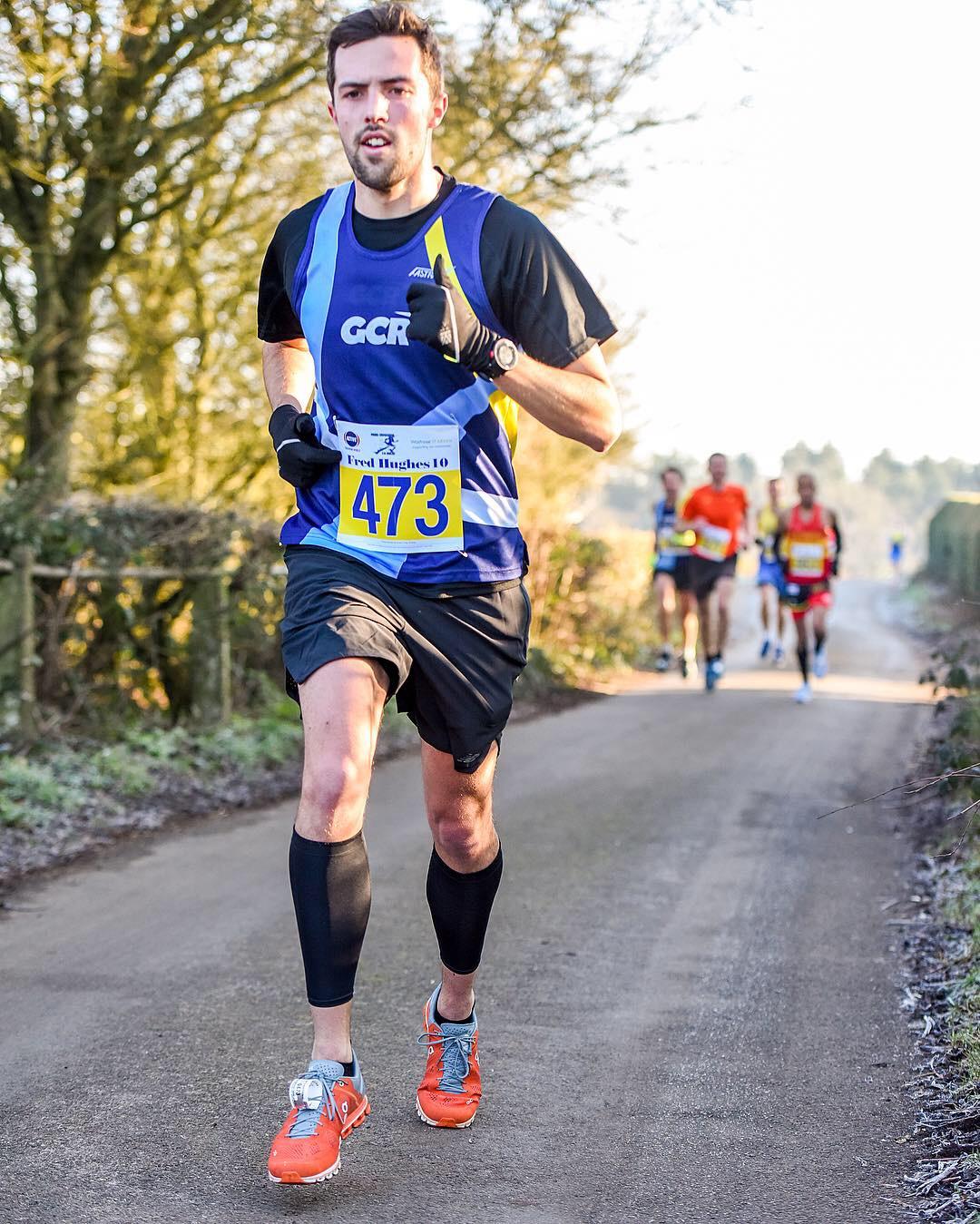 James started out with his running journey by training for a charity 10K in 2014. Since joining GCR in 2017, James owes it to the club for enabling him run longer and faster, train better, more frequently and relishes the social benefits of club running. James loves the simplicity and accessibility of the 5K distance…but isn’t disciplined enough to take a parkrun ‘easy’. James is now Men’s co-captain with his friend and equally matched (at time of writing) running nemesis, Tom. 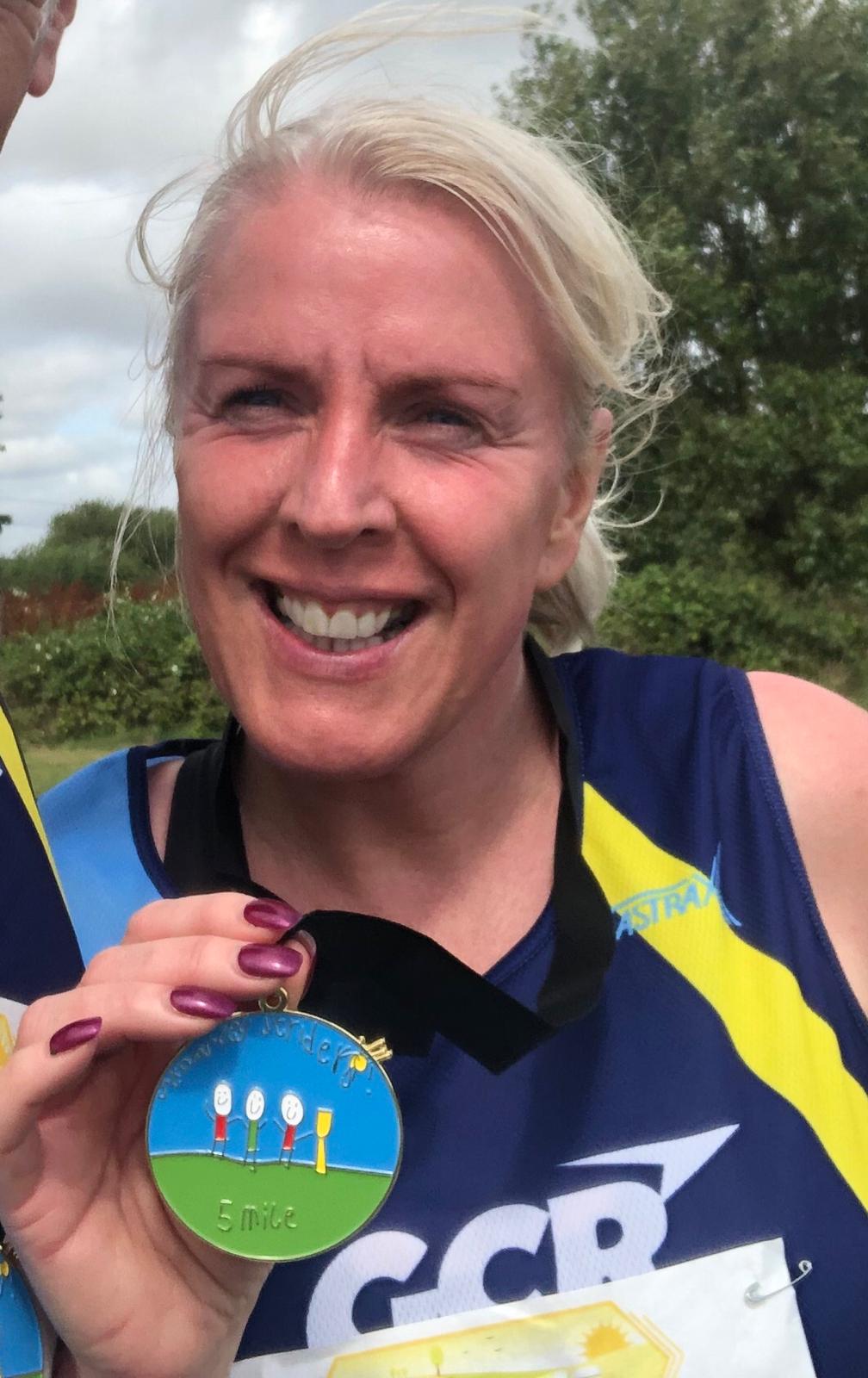 Beth joined the GCR in 2018 after a a long period away from running. She found that starting running again on her own was very disheartening so decided to join a local friendly club and can’t praise GCR enough for the welcome and encouragement she received. She is a run leader and enjoys taking the social 5k group around WGC especially the ‘Cat Run’. Beth’s biggest running achievement was the London Marathon in 2005 and she loved every minute of the experience. Her favourite distance is 5-10k and during an isolation period in Lockdown, refused to be defeated and plodded up and down her garden running from 5k to a half Marathon for VE Day 2020. 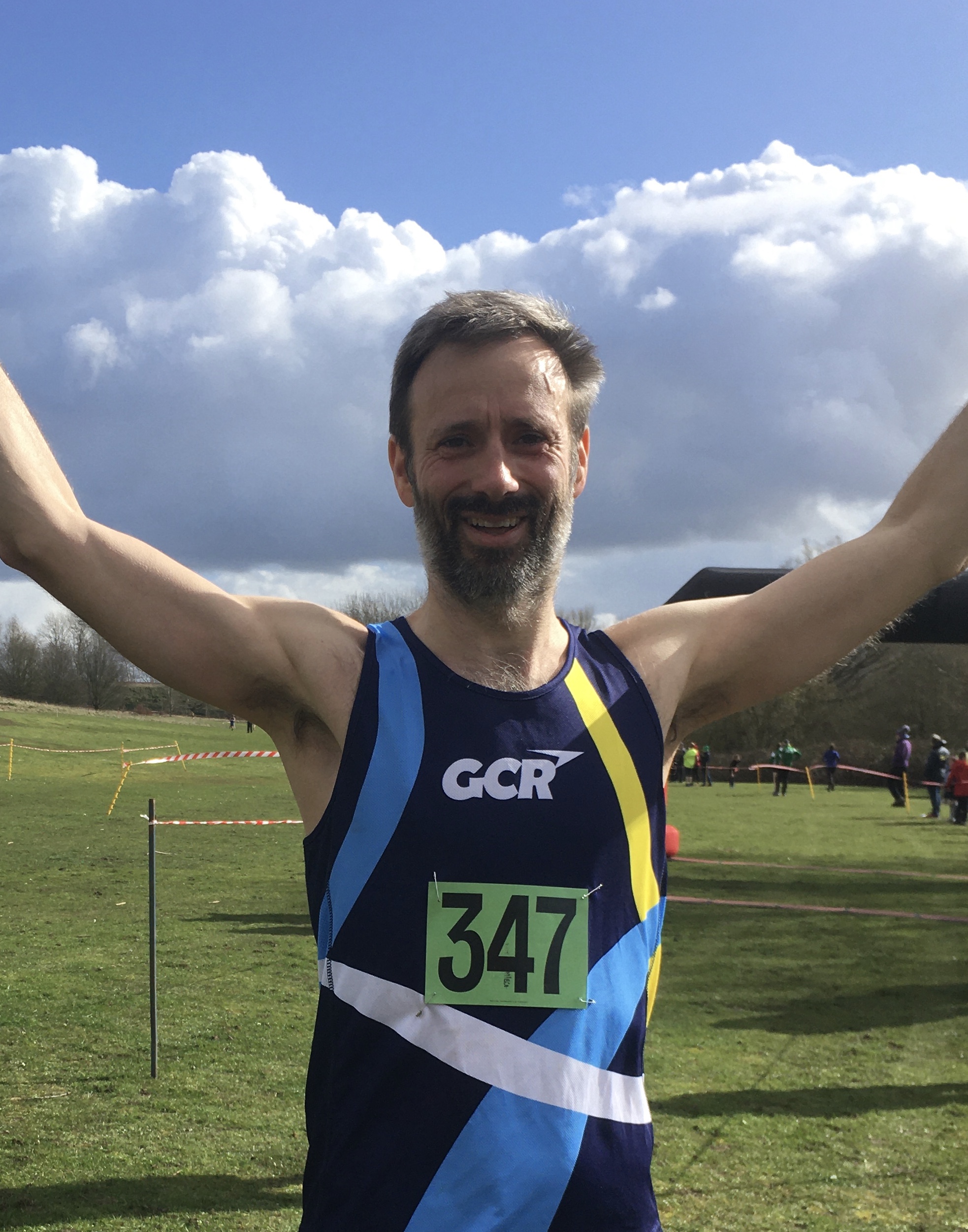 Markus loves to race and tries to complete in as many of the Mid Week League and Sunday League Cross Country races as possible. We are unable to track back to when he first became a member but his family had a family membership in the early 90’s. His first race for the club might have been a triathlon, where Garden City was challenged by another local running club. As one of the welfare officers he is available to listen to any concerns you have.

James started out with his running journey by training for a charity 10K in 2014. Since joining GCR in 2017, James owes it to the club for enabling him run longer and faster, train better, more frequently and relishes the social benefits of club running. James loves the simplicity and accessibility of the 5K distance…but isn’t disciplined enough to take a Parkrun ‘easy’. James is now Men’s co-captain with his friend and equally matched (at time of writing) running nemesis, Tom. 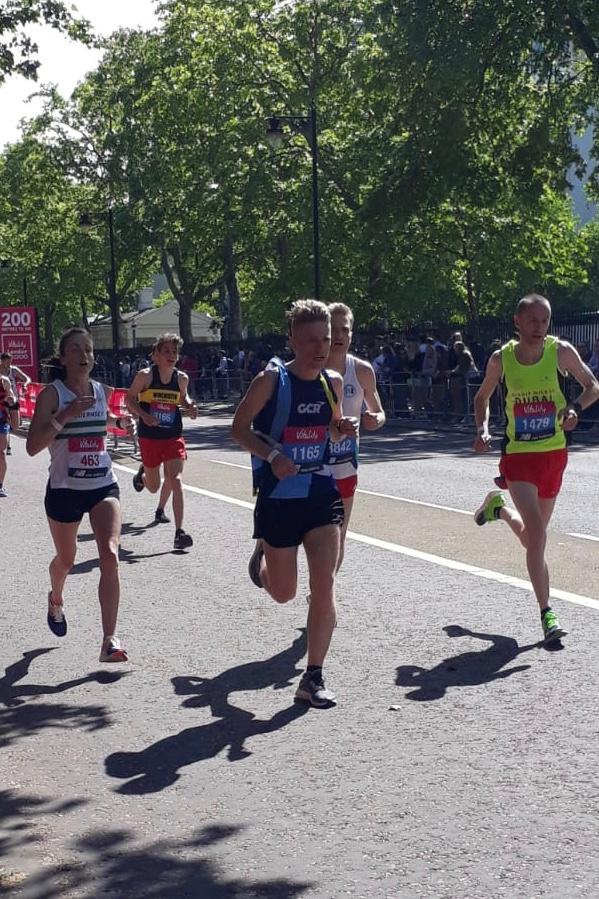 Tom is the joint mens captain with James Huish. Tom sits on main and race committees. He is most suited to 5-10k events although loves racing all distances. He hopes to encourage attendance and participation in club events, whilst improving the clubs standing in competitions. His favourite races are in the Sunday XC and MWL. This is due to the competitive and friendly spirit displayed between all club runners at the events. 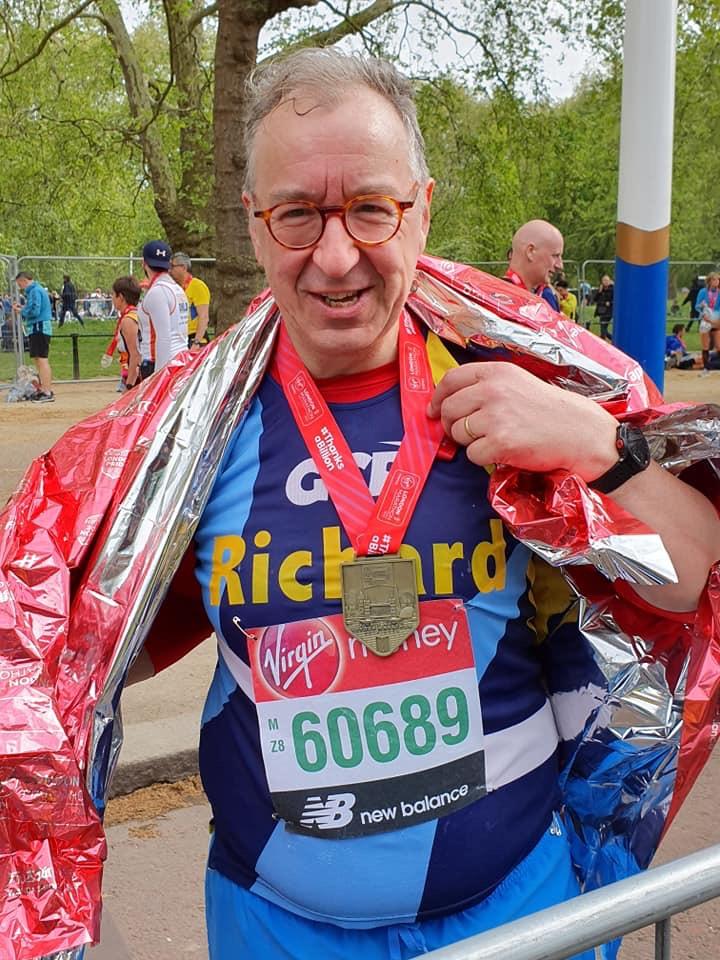 Richard is men’s vice-captain. He joined GCR in 2014 after realising running on a treadmill at the gym is the dullest thing ever and now runs at any event that has a decent medal and an XXL t-shirt. Running highlight is taking part in the 2019 London Marathon where he managed to overtake that geezer off Eastenders. 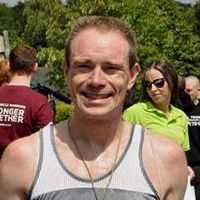 Peter is the Race Director of the MWRRL Mob Match, long time Race Director’s Assistant for the Welwyn 10k and 5k Series, Festive 5 helper and in the past RD for the New Garden City 10 miler. He compiles marshal’s instruction documents, keeps race supplies stocked up and buys trophies for many events. He is an ultra runner/cyclist and triathlete with a claim to fame as Britain’s most prolific teenage long distance runner of the 1980s running marathons since aged 13. He writes about running and has most of his work published in America. 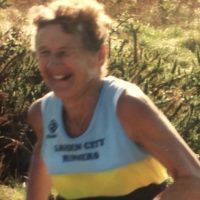 Eleanor has been a member of Garden City Runners for 30 years, alongside her husband Dennis. Together they have each run over 200 marathons and have also been involved in many of the club’s committees. In Eleanor’s own words ‘the club has a friendly and helpful atmosphere, and we really enjoy the social side to the club, as much as we love the running! Since joining the club we have been able to enjoy many years of running as well as making many amazing friends and having the opportunity to participate at runs in so many locations. One of the main things we have taken from our time at the club is that you are never to old to start running, as we did not join until our 50’s and have loved every minute since!’ 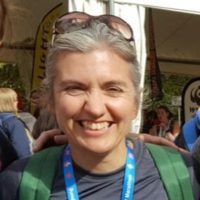 Sarah has been a member of GCR since 2004 and has recently joined the race committee. She enjoys running for lots of different reasons including the social aspects, increased fitness, satisfaction in overcoming challenges and the chance to get really muddy. Her favourite race is usually the most recent one she’s done, but she especially enjoys off-road races with interesting scenery.